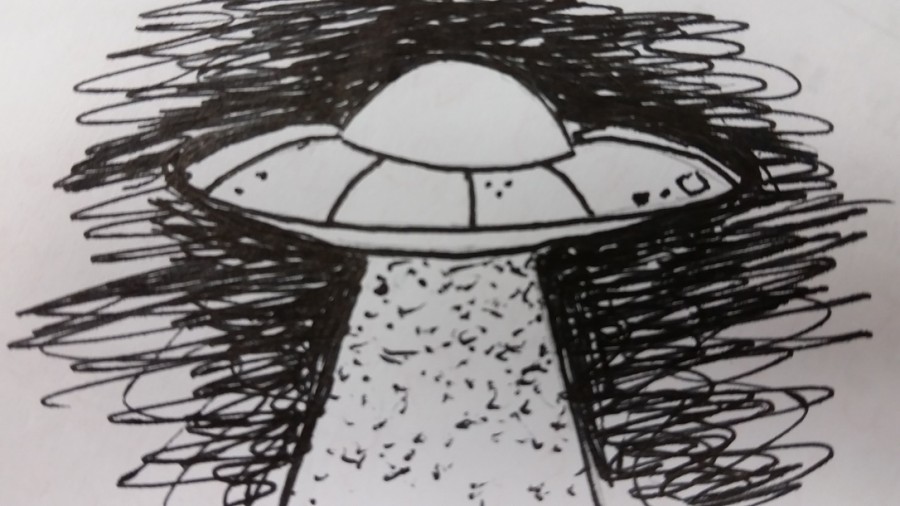 On Saturday night, November 8th around 6pm, a strange unidentified figure was spotted flying over Los Angeles, California. The object has stirred up controversy due to the theories that have surfaced trying to explain the origin of the light trail behind the object and the strange, random appearance of it.

The object gave off a very wide, long light trail. There was a blue streak through the middle of the light which produced a quite eerie display.

Authorities say that it was a “scheduled, on-going system evaluation test”. However, it is unknown why they would release the missile test over a city with millions of people in it.

There are also astronomers who believe it was a comet that was a part of the Taurid meteor shower–which is apparently a normal, routine occurrence. This would explain the blue light.

People have many different opinions on the subject, including Cheyenne Vest, a junior at LCHS. “The possibility of it being a missile is highly unlikely due to the fact that there was no explosion,” she said.

“I’m also ruling out the possibility of it being a satellite since it was too low and gave off too much light… It’s got to be something else, something that we don’t know about. I really hope it’s aliens”.

As you can see, many people are very skeptical on the subject. No one is entirely sure of what happened that night, so it remains a mystery.