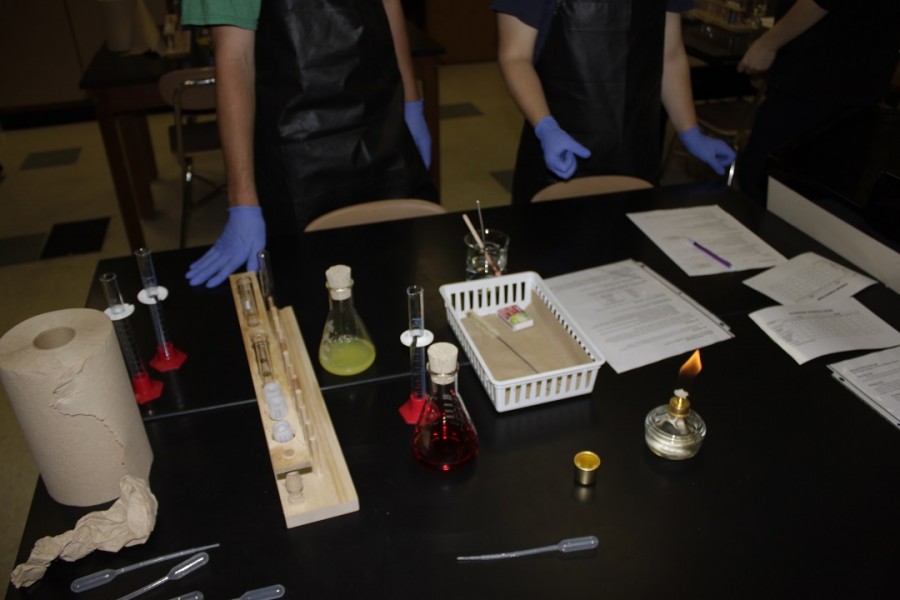 STEM is an academic program for people who wish to join the field of science or mathematics. This in-school program helps to promote the ever-growing, yet ever-needed fields that will help revolutionize modern society, and the technology within it.

In our own STEM program here at Lenoir City, we have implemented a day devoted to STEM and curriculum surrounding the different fields. On this day, teams are set up with a composition of people with different skill sets and backgrounds. Teams compete against each other in a variety of different STEM oriented challenges. These challenges help showcase the use of and application of skills learned by STEM curriculum, and puts them to work as students try to succeed against their peers.

STEM challenges are set up in rotation, and teams are paired with four other teams, which will rotate together to the different events. These groups are then ranked first through third, with the other two unawarded. Points are gathered through the day, by participating and excelling to win the event. These events covered all different paths, and some were conducted a much different manner than others.

Events such as the one for biology, focused on the more organic side of science, as biology would. The event dealt with the analysis of simulated blood and urine to detect the cause of death of a man. Using different agents and reactants, students employed their skills to test for different proteins and vitamins to determine how the victim had succumbed to death. The winner would be whichever team, could solve the mystery the fastest.

On the other hand, the engineering challenge had students use architectural and civil engineering skills to build a bridge out of paper folders which could span a length across the table without touching. The catch is, the bridge was only suspended by one inch by a small cube. Students designs varied in the struggle to create a bridge which met said requirements. Some students resorted to truss like designs while others tried shaping the folders into three-dimensional objects. The bridges were judged solely by length, and the winner being the longest.

These two challenges differ in method and skill, thus a good reflection of how varying and contrasting the different paths of the STEM world can be. One being lab skills oriented, and one being more design and construction oriented. Though these were not the only challenges which exhibit extent of STEM.

The agriculture STEM challenge focused on the mathematics required within STEM. Students were given 1 gallon pump sprayers, and through an extensive amount of calculations were to come up with the amount of fertilizer an acre would require. The only measurements taken were the amount of time it would take to spray 4 ounces of water, the diameter of the circle the spray creates, and the amount of time it takes to walk 50 feet while spraying. Given these measurements, students were required to figure out how many gallons would be used spraying one acre. This gives light to a whole other side of agriculture, and really gives credit to the ag department.
Back to the basic science path, Chemistry also had a death-themed lab. Though this time, a more chemical approach was taken. Using chemical and pH indicators, students were put to the task of solving the mystery of the death of two students. Using samples from the crime scene, students were to discern whom was the murderer from a line-up of three people. Additionally students would use chromatography paper to test for the components of the different inks of the students pens versus the type found at the crime scene. Using skills learned in chemistry students were able to identify the culprit from the 80’s, Lacey LaPew. Some tasks were more difficult than others, and Hannah Jones found the fingerprint task the hardest. Jones, whom had over-analysed the task, said, “it was difficult because you had to look at the minute details in the finger prints and differentiate them.” She said she had tried to apply the skills she had learned health science, but soon learned she did not to be so in-depth about it.