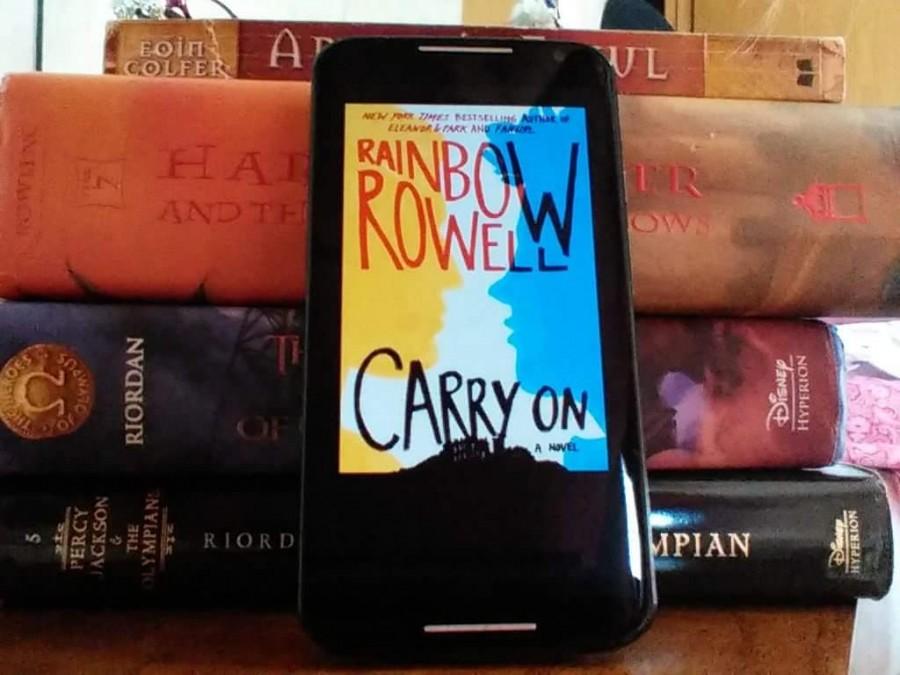 Entering a new world is enticing and mysterious, especially when the world consists of mages (wizards and wizards), vampires, and sour cherry scones. Rainbow Rowell takes every “chosen one” story and makes something different, enjoyable, and relevant. Carry On is carefully crafted for any reader interested in fantasy, the LGBT+ community, and stories like Harry Potter.
“I just can’t pass the scones up if they’re there. They’re soft and light and a little bit salty. Sometimes I dream about them.”
Simon Snow is the greatest mage of all time and everyone knows it. It’s kind of hard to ignore an orphan that grew up into a world of Normals. His magic spills out his pores, but he can’t do magic like everyone else– he wills something to happen then it does. Carry On follows Simon in an adventure of trust and excitement.
“(Just when you think you’re having a scene without Simon, he drops in to remind you that everyone else is a supporting character in his catastrophe.)”
I describe Carry On as compelling because I literally felt withdrawals from not reading it. After every chapter, I thought WHAT IS NEXT?, and HOW?. I spent a Sunday night reading to finish the book and it was worth it.
“(You have to pretend you get an endgame. You have to carry on like you will; otherwise, you can’t carry on at all.)”
Every new spell introduced looked magical and some were even humorous. I love the relevancy of the 21st Century and today’s looks on society wrapped in the binds of magic and Simon’s eighth and final year at his magical school. I enjoyed the aspect of a new representation of the difference and connection of life and death.
“I let myself slip away… Just to stay sane. Just to get through it. And when I felt myself slipping too far, I held on to the one thing I’m always sure of – Blue eyes. Bronze curls. The fact that Simon Snow is the most powerful magician alive. That nothing can hurt him, not even me. That Simon Snow is alive. And I’m hopelessly in love with him.”
It took everything  I like and am interested in and made it British– making me want to remember every word. I usually don’t rate books or anything seriously on the five star scale, but this book earned the five stars that I give it.

note: This book contains a relationship between a boy vampire and a boy wizard. It also contains some dark humor and a lot of death.