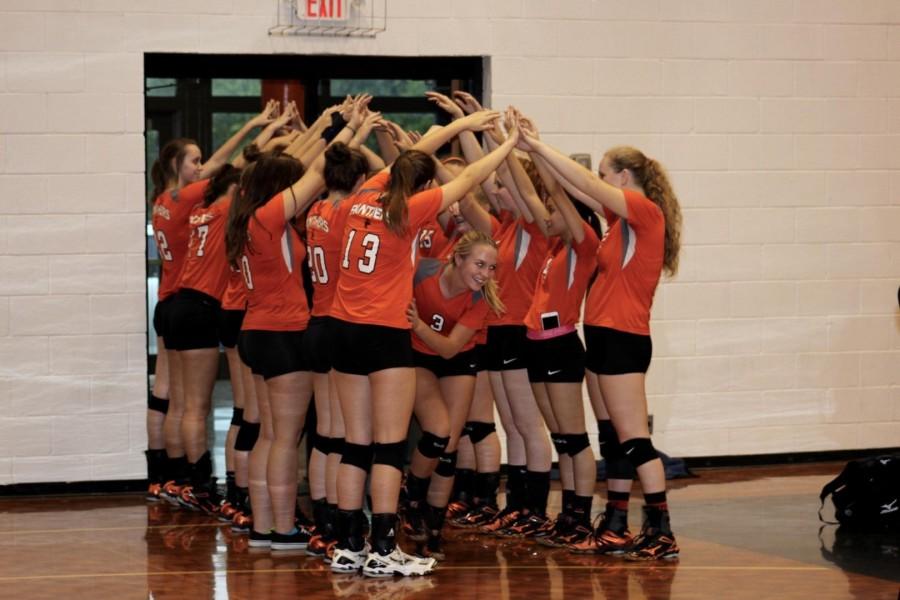 The Panthers volleyball team tunnel up for Senior Night.

September 29th, the day before the end of September–it’s 6:00 pm in the gym. People are waiting for the volleyball game against Maryville Christian Eagles to start.

It’s Senior Night for the volleyball team. McKayla Bledsoe is met at the doors of the gym by her teammates, making a tunnel for her and her family to walk through. Bouquets and a collage of Bledsoe are sent her way. It’s a big deal because she’s the only senior.

6:33 p.m. The game starts. Tension is building. Panthers score first. The game runs on. Both teams score a fair amount of points throughout the game. Competition is fierce and the girls are determined.

Bre White (10) was not able to play due to a broken thumb she got mid-season. She jokes even though she broke her thumb she “finally gets exercise”. “The hardest part of a game is when your game is almost over and you know you’re about to lose against a team you know is way worse than your team.”

But in this case, Bre’s team prevailed. Around 7:40, the game ends. Maryville Christian Eagles have played a great, exciting game, but the Lenoir City Panthers have dominated them. The Panthers circle up, celebrating with cake.