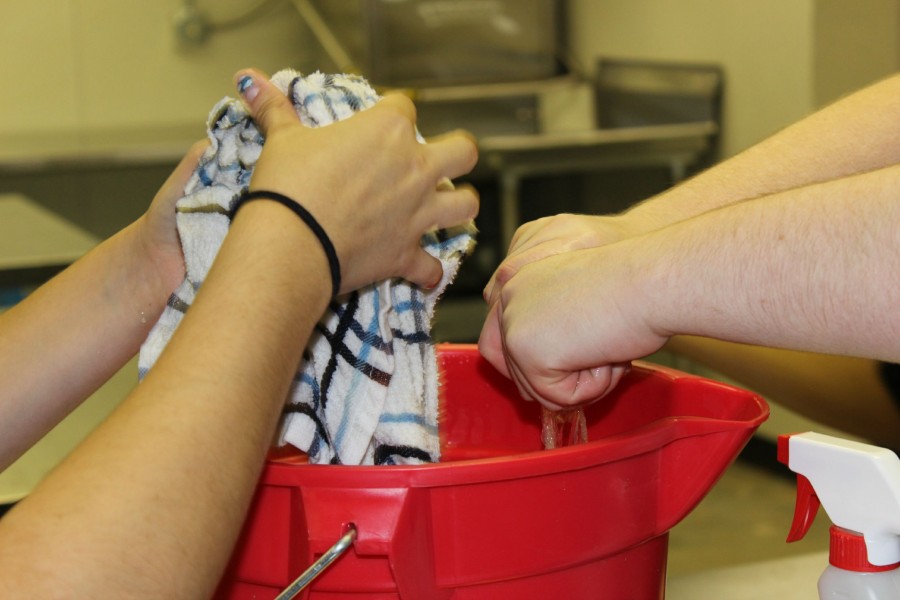 As many know, the Culinary Arts class is very new to LCHS.

The process for this project has been long, stressful, and challenging journey for Mrs. Parks, the new Culinary Arts teacher, and some of the students enrolled in the class.

“ [The most challenging part was] probably the outside people that have to be involved.” Said Mrs.Parks.

There was a lot of help from outside people to get the kitchen up and running, and a struggle for the construction class to help get everything working.

The class has been at the school for a year now, and they have been trying to build the room for an entire year and half of a semester.

The process was the longest part of the journey. This struggle allowed Construction  and Culinary classes to work together.

While they were working together they  taught each other new skills.

The students learned how to cooperate and listen to each other.

There was also a challenge for the students with not being able to cook with full equipment or learning their new skills.

[ I had a difficult time] painting the ceilings… make sure that all the silver piping was covered with pump.” said Halcomb.

With the challenges however the students learned some more personal skills. “ … It makes you a little more aware of people and what they are doing.” said Jacob Tufts (11).

This was a long journey for some of the students at LCHS. They made an impact on the school for the class that is now here.  As of september 14th, 2015, the class was inspected and, at last, approved. The high school now has another functioning kitchen.

Now that the class is officially complete there will be smells of food drifting down the halls for many years to come. Thanks to Mrs. Harris, Mrs. Parks, and the Construction and Culinary arts classes.