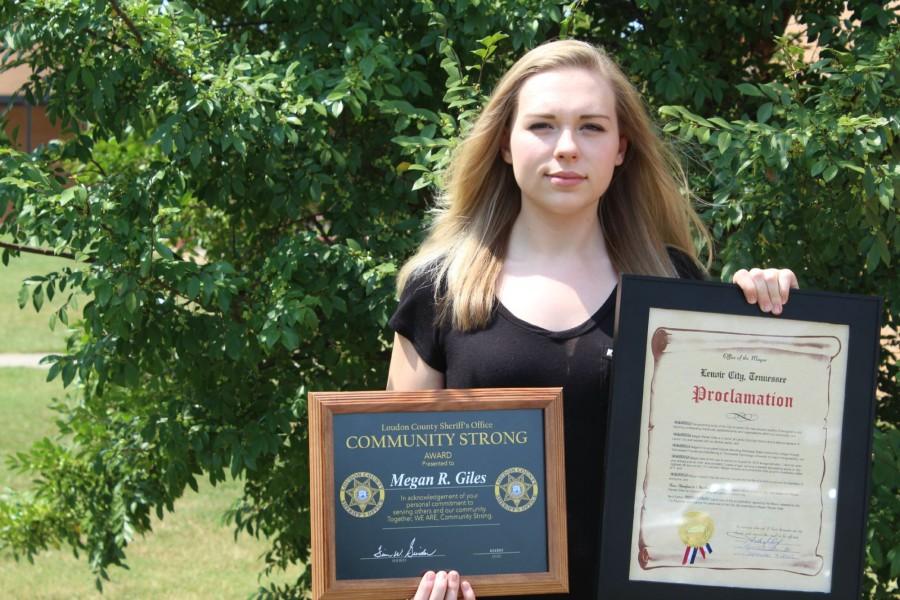 Senior Megan Giles, was in the car with her mother, driving on Old 95 on her way to school last week like any other student here at Lenoir City High School. Her mother was driving when suddenly they noticed a young pajama clad child in the middle of the road wrapped in a blanket.

“My mom told me to get out of the car and to take him to the side of the road…cars were swerving around him. I was so scared [for him] I was shaking,” said Giles.

Giles and her mother were concerned at the amount of adults that passed this child, who appeared no older than two, in the middle of the road, but one car turned around to ask if they were calling the police. Giles said that as the police were on there way, the child buried his face into her because she resembled his aunt. The child kept looking around and  saying “mama”.

The police arrived and tried to figure out how to go about finding his parents or guardians, so they knocked on a few doors near the site, and sure enough, a very happy, confused, and shocked grandmother was behind one.

“Apparently his grandfather had went out for a walk and left the door open by accident and he got out,” said Giles. His grandmother had not noticed that he was missing, and was relieved to know that he was brought safely home.

“It’s a little boy helplessly there, in the middle of the road, with cars passing. He could’ve been kidnapped, got ran over–it’s very scary!” said Giles.

So on Thursday, September 3rd, the mayor, sheriff, and owner of Chick fil a (along with nearly a whole squad of police officers and cheerleaders and also the Chick fil a cow) walked into Megan’s Personal Finance Class to give her two certificates of recognition: one issued by the sheriff and another issued by the mayor. Chick fil a also gave her a gift basket full of gift certificates and other surprises.

“I didn’t know what was happening! They came in there and I was like, “Okay they’re going to make some announcement and then Coach Boling said my name!”

Megan was overwhelmed with shock when she discovered that they were all recognizing her actions and was very surprised and pleased that the community cared to recognize good deeds.