“An Abundance of Katherines” book review 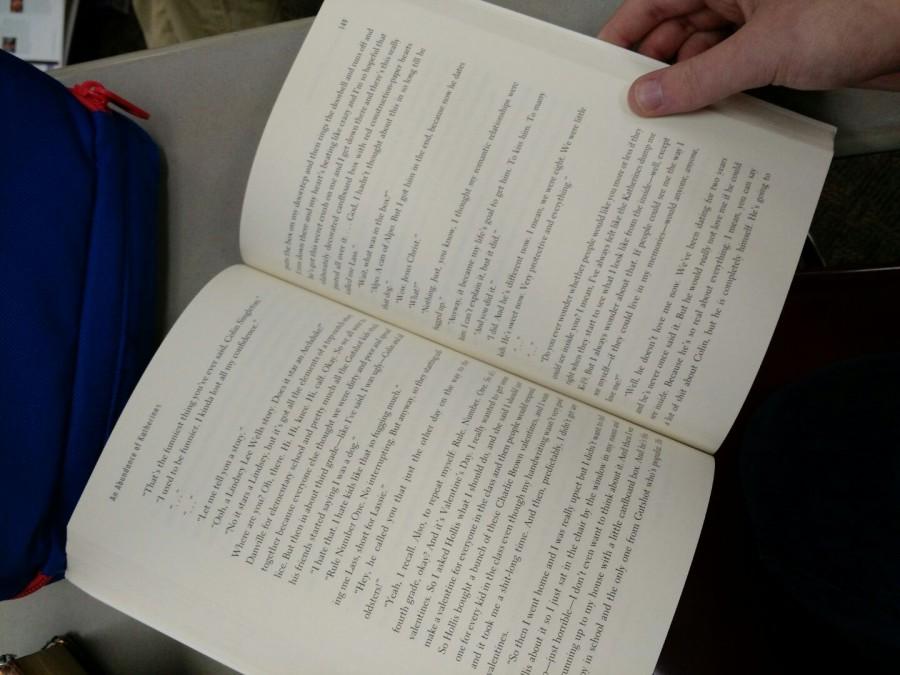 This John Green book catches the eye of a student.

An Abundance of Katherines tracks the journey of Colin Singleton and Hassan Harbish in their road trip to get rid of the nostalgia of Katherine XIX, the nineteenth Katherine that dumped Colin. They inevitably end up at an attraction that literally changes both their outlooks on life and most importantly relationships.

Colin begins to work on an algorithm to figure out how long a relationship will last, using all his Katherine experiences as examples. Over the course of many odd situations, including a fake Franz Ferdinand attraction (which happens to be someone’s dead grandfather). He ends up finding that relationships cannot be graphed and predicted, no matter how much of a genius prodigy he is.

From little text notes at the bottom of the page to odd occurrences, you can understand everything because it’s laid out for you on the page.

I really liked this book because I started reading knowing barely foreign language words and the book helped me understand conversations in French and Greek. Also, this book is hilarious and has a sarcasm written everywhere. This is my favorite John Green book.

“Colin did not laugh. Instead he thought, Tampons have strings? Why? Of all the major human mysteries – God, the nature of the universe, etc. – he knew the least about tampons. To Colin, tampons were a little bit like grizzly bears: he was aware of their existence, but he’d never seen on in the wild, and didn’t really care to.”

Small romance, intellectual inquiries, new definitions of words you never known existed, and little hilarious scenes sprinkled on top of this book. John Green succeeded in making a book about a guy who just needs a pick me up.
The only thing I didn’t really like was the parallelism to his other books. While it’s comforting to have something the same, I didn’t like it as much as everyone else. Example, Tiny Cooper is like a less intelligent Hassan and Colin is just like Quentin and Miles. I just feel if there was more variety in characters and plot, all John Green books would be more appealing.