“The Perks of Being a Wallflower” book review 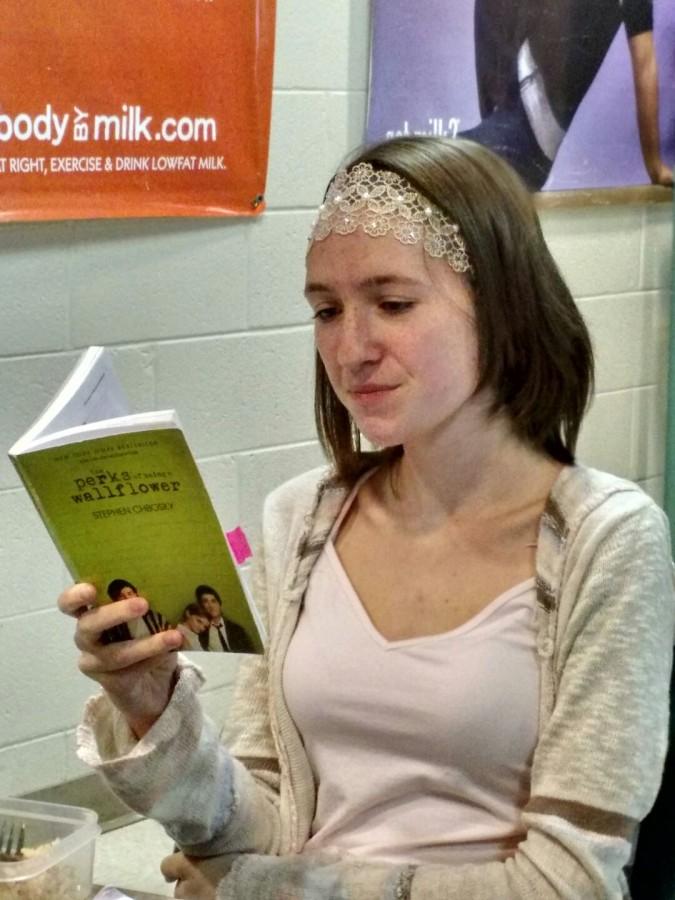 Carly Lance (10) enjoys reading "The Perks of Being a Wallflower" at lunch.

The Perks of Being a Wallflower by Stephen Chbosky follows a teenage boy who writes letters to an unknown character and calls himself ‘Charlie’. He goes back to high school after an outburst of emotions sends him to the hospital and finds himself with a group of seniors.

These seniors help him realize what life really is and how to deal with situations that he can’t handle. The year starts coming to an end with complications to his own, Charlie has to deal with the things of his past, which (small spoiler) lands him in the hospital again. But ultimately, his friends stay his friends and Charlie gets better.

This is my favorite book of all books I’ve read. I found the plot enticing and the characters relatable. Stephen Chbosky really embodies a high school freshman that is dealing with depression and blackouts. While it does contain violence, some vulgar descriptions, suicidal thoughts, drugs, and drinking, I think it really catches what students have to deal with in school and through peer pressure. The book also included good music by awesome bands and singers and holds my favorite poem. I really hope- if Chbosky hasn’t already- there will be a sequel and maybe even a prequel. I’m glad that the book was made into a movie- starring Logan Lerman, Emma Watson, and Ezra Miller- so I could experience the book in more depth, and I really think that everything was captured as it should be, even the deleted scenes.
“’The thing is some girls think they can actually change guys. And what’s funny is that if they actually did change them, they’d get bored. They’d have no challenge left. You just have to give girls some time to think of a new way of doing things, that’s all. Some of them will figure it out here. Some later. Some never. I wouldn’t worry about it too much.'”
While the story is mostly of romance and a teen’s journey, Stephen Chbosky actually gives you advice on life that will help you. If you’ve ever watched The Breakfast Club, this book and movie is a very close comparison to it.

Disclaimer: contains rape, molestation, sexual talk, sexual activity, depression, anxiety, blackouts, drugs, alcohol, suicide, and a few other things that may affect you. It is at a young adult reading level, but I strongly advise you to be sure not to read this if any of the things above might trigger you.