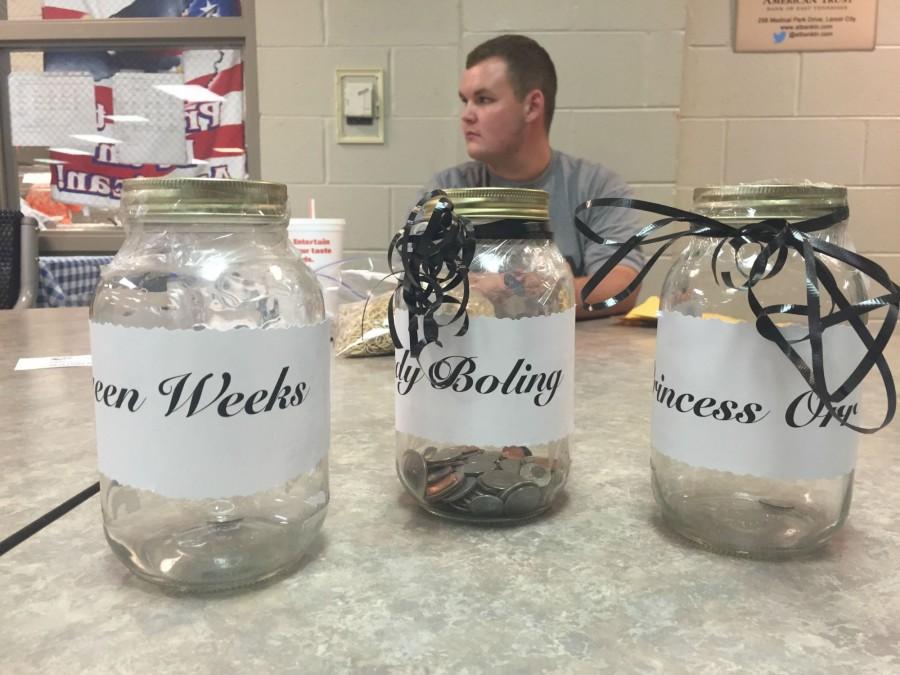 As many Lenoir City High School students know, Battle of the Bridge is one of the biggest events of the school year.

Not only is it our chance to display our outstanding football team, it’s a chance for us to bring awareness and support a truly worthy cause.  Every year we raise unbelievable amounts of money to feed needy families, and every year we find newer, more amusing ways to do so.  This year our school is using our principals in a contest called “Pretty, Pretty Principal”.

“Pretty, Pretty Principal” is a newer contest in which the student body uses their money to put certain administrators in silly dress and other women’s accessories.

Our students have the choice of Mr.Weeks, Mr.Orr, and Mr. Boling.

Students can pick by putting their money into jars labeled with the different principals’ names.  The amount of clothing the principals wear completely depends on the amount of money raised.  The higher the amounts, the sillier the clothing and accessories get.

Mr.Orr confirmed that Ms.Parks was the brain behind this entertaining contest.

He continued to say that “We [Mr.Orr, Mr.Weeks, and Mr.Boling] are all doing it just because of the good cause that the money is going toward”.

Nobody’s quite sure who will end up with the most articles of “pretty” clothing on, but each of the contestants have their guesses.  Mr.Orr is confident that Mr.Boling will have the most.

“He is vastly disliked by the student population here at our school, and they’d love to humiliate him,”said Orr.

“I figured the students would think that he [Mr.Oar] would need a wig for his head, and Mr.Weeks for that matter!” said Coach Boling.
As for Mr.Weeks, he said, “Hands down, Mr.Boling because he likes to mess with people and payback is coming!”