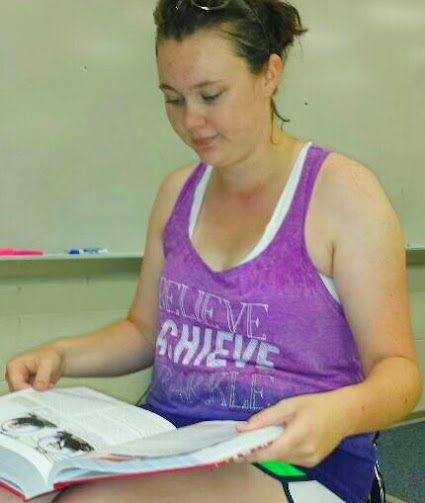 This year our schedule has changed quite significantly from years past, going to the shortened breaks and to the five blocks instead of four. To many this is stressful enough, but what if you had to adapt to six blocks a semester instead of the five?

This is what is happening with those in AP English 11 and AP U.S History this year. How can the two classes fit into the already full schedule is what many wondered. But this year they have done something to the classes similar to what they have done in the past.

This year the school has merged the classes together into the same block year-round. The tricky part is that it is still two classes, two grades, and for one week you’ll go to one class Monday, Wednesday, and Friday while the other only Tuesday and Thursday. But then the next week you’ll switch it and go to the other class on the days you did not go last week.

A bit confusing? Don’t worry if you are, some of the students in this class are going through the same confusion as they try to sort this out themselves.

One student in particular who is a member of the combined classes, is Briannon King (11).

She has been confused since they first mentioned of combining the classes last year.

She expressed how it confused her and King said, “I did not like it at all. Not one bit.”

King was not only concerned on how it would work out, but the workload as well. Would there be extra work due to the classes becoming one?

As the summer approached and she got her summer work for the classes, that was not only a worry in the back of her mind but to the rest of the class as well.

Now that it is almost the full second week into school and according to King it has gotten easier.

“I’m getting the hang of it, but the work is getting confused with each other,” she says when discussing how the class had gotten along so far. With the work she has received so far she keeps on forgetting when it is due for the fact that when one of the teachers says due Friday and it’s Tuesday, she means next week.

However she also says the work is not too difficult right now, but it is only in the beginning of the year. The real work will come later on.

Overall King wishes they would have remained separate. She feels like they have no time to do anything and when you do met again in that class for the next lesson half the things you spoke about the last time you were there is already gone from your mind.

“It does not seem there is a point. We had a semester for each, why change it?” said King.

The way King feels may reflect the views of her class or it may not. Either way it is different and complicated.

Should they have combined the classes that are already AP?

It can be argued that the class will remember it better year-round and this may be true. But if more stress is added to a group of students already taking almost every AP class they can, how can they manage that successfully?
Perhaps this year may work out terrifically, the worry for nothing, and they will use it next year. Until then however, we will just have to watch and see it if the combo-class will even make past this one.