Starting off the season dominantly 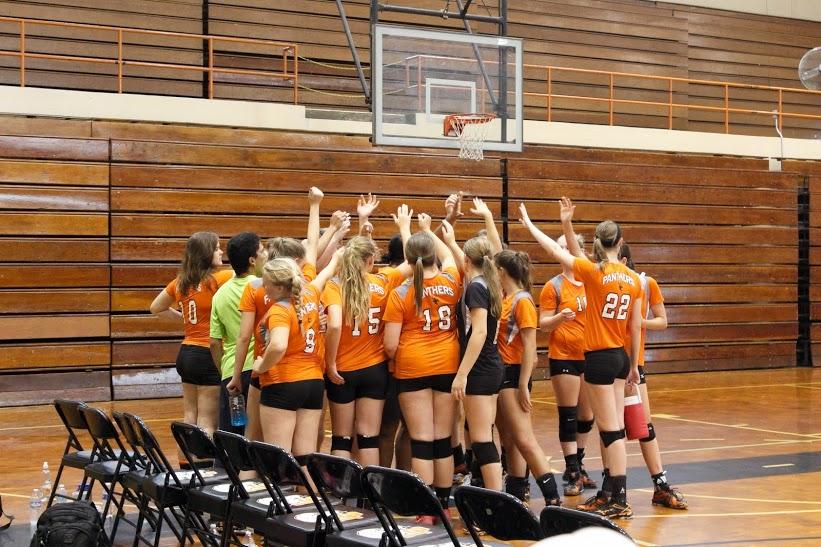 The LCHS girl's volleyball team huddles together after their first victory of the season.

With a showing of great energy and dominance, the Lenoir City High School volleyball team scored a smooth victory over William Blount high school on August 18, 2015. To start off, the JV girls gained a victory with a final score of 22-25.

Thao Nguyen delivered powerful serves throughout the duration of the match that the opposing team was incapable of returning.

In the second set, the girls started out strong and each play was coming together without a hitch. Mikayla Bledsoe and Anna radford stood out as they powerfully and swiftly maneuvered about the court to gain points for their team.

However, William Blount made a definite comeback. Our Panthers never backed down. A lengthy match and resilient attitudes resulted in a final score of 22-25. Our girls were exhilarated and their energy so abundant that the emotions were palpable.

The victor of three out of five matches gain the overall victory.

Our Panthers accomplished the third victory in an amazing timely fashion with a final score of 12-25.

This displayed their dominance and potential.

Gabby Simpson voiced her faith in the team and said, “We could always win. We should win because of all of the hard work we have put in. The girls can do it, they just need to believe in themselves.”

The players are hopeful to be in good position for a fulfilling and enjoyable season.