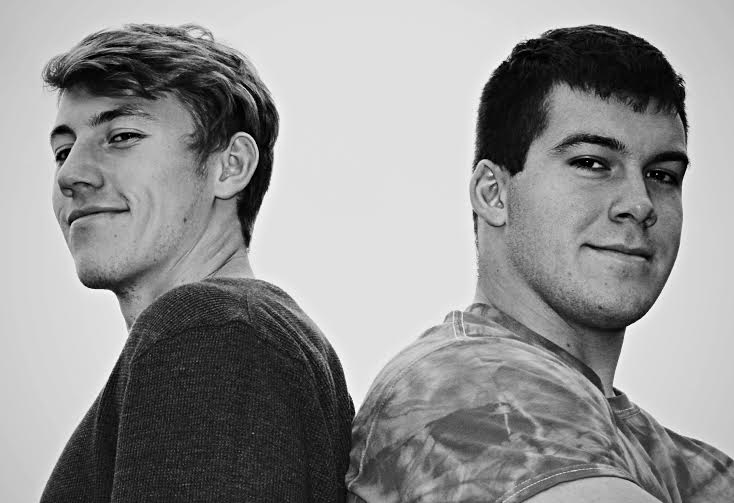 It’s the most competitive school in the nation, trailed by tweedy Ivy League erudites Harvard and Yale. The architecture is suited to the caliber of the school – Grecian and clean. On the 300-year-old campus’s sprawl of almost 400 acres, 5,000 midshipmen march in tandem.

Given these statistics, it’s unusual for two students from any given district to be accepted together. The acceptance of two from the same high school, of course, would be extraordinary.

And yet Matthew Scott and Hunter Hale, two Lenoir City High School seniors, can both boast admission into the United States’s most prestigious academy.

Hale and Scott are best friends with intertwined high school experiences and an expected competitive relationship. Both captained the football team in their senior year, both pursued Lenoir City’s limited amount of AP classes and beyond. Both were members of the elite advanced choir, LCHS Singers. They’re scrubbed, self-assured (so much so that they could seem hard to love, but, regardless, they’re well liked among students and teachers)… But despite such similarities, Scott maintains that the competition was never fierce, nor vicious.

“It was a competitive time and a bonding time… There was always an edge of ‘who’s the better candidate?’, but we also did spend a lot of time of helping each other out through the process, and we kind of kept up on each other on paperwork and things to be submitted. We always bounced ideas off of each other. If I did something first, I would kind of go to Hunter afterward, like, ‘Alright, here’s what you can expect, here’s what you should be doing.’ So I don’t think the competition overwhelmed the comradery we already had.”

Despite the appeal of no tuition, the opportunity costs time and autonomy. In July, the upcoming freshmen will move to Annapolis for a grueling experience in what Scott describes as, “a daunting proposition… You’re making a really quick transition… Into a completely different military setting of different physical expectations, different behavioral expectations. You have to accept the fact that you’re going to be programmed into a new human being in a month’s time.” This training is lovingly dubbed “Plebe Summer,” and breaks in the bushy tailed kids — a process including physical training, physical maintenance, and the memorization of “ranks,” quizzable facts that can vary from the positions of military personnel or “random, sometimes quirky” Navy slogans or phrases. Upon graduating from the Academy, the fresh ensigns and second lieutenants are required to embark on their military journey immediately, serving a number of years designated in a contract that varies between individuals (although the minimum is five.)

Appropriately, the application process isn’t the typical bundle of essay, fee, and recommendation. It’s an extensive, elaborate process that kickstarts the sense of competition among applicants.

Hale, the first of the two to be accepted, described the undertaking:

“First I had to fill out an enormous application in which I had to write two papers, get four recommendations, and had to receive a congressional nomination… And finally I had to wait and see if I had [gotten] accepted.” (The reception of a congressional nomination is a task in itself. Congressmen are allotted a handful of recommended students in the academy at any given time, and must first be approached for a meeting before being a candidate worth of consideration.)

Then followed a period of waiting, a period of holding out for phone calls, for emails, for letters. The stress took a particular toll on Scott after Hale’s acceptance. Although he responded well to Hale’s acceptance, it was an almost certain indication that he would not be attending.

In a sweet twist of fate, though, Scott eventually received “the call.” Albeit less glamorous than Hale’s admission (which was relayed to him in person), and attached to a stipulation of first losing enough weight to suit the Academy’s standards, it was, and will continue to be, the axis of his future.

“I had made a deal with myself that I would cry one time during this process,” joked Scott, “and it would be one single tear upon receiving an acceptance, but I actually didn’t.”

It’s another waiting game now. The boys have until July to prepare for the change in their lifestyles, a sentence of 6 am wakeup calls and daily dry shaving. However, as one would hope from military futures, little apprehension is indicated — in fact, Hale refused to admit any fear at all.

“I’m just excited in general for the opportunity to go,” said Hale.

The next four years will be grueling, but it will launch them into some of the military’s most prestigious starting careers, worth the cost of shedding their years of teenaged hellraising.