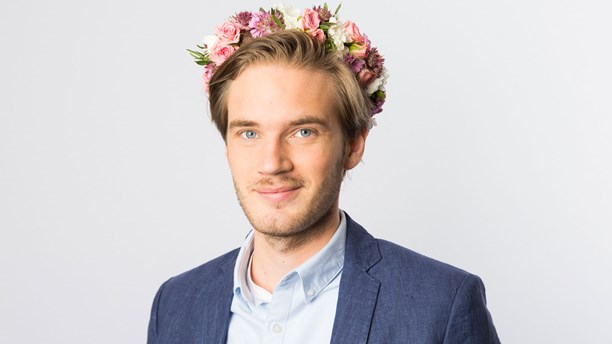 YouTube is a part of Google and has been for quite a while now. Being the third most popular website in the United States, right behind Facebook.com and Google.com

We all have watched tons of videos, and have started endlessly into the screen watching user-created content; motion pictures that go beyond the boundaries of cable television, where we can watch what we want, when we want to, and for however long we need to. It is truly one of the internet’s greatest accomplishments.

But what makes a website this big? Internet-goers of all ages sign onto YouTube for entertainment, education, self-help, information, and many more reasons, and most of the time, YouTube delivers. So who are these people who help youtube to become as big as it is today? over 6,000,000,000 HOURS of video are watched each MONTH on YouTube and day by day, the numbers grow. With more and more people discovering this website for themselves. It would take thousands of years for someone to watch all videos currently on youtube, but with almost 10 hours of video being uploaded by the second, it would be impossible to ever catch up.

So there are a lot of videos out there, but which of them are worth watching?

Some “YouTubers” are making a living off of YouTube because an audience might find that he or she is funny, informative, or have some other aspect in which they were looking for, and for Swedish YouTuber Felix Arvid Ulf Kjellberg, A.K.A. Pewdiepie, an audience looking for humor has made him millions. “ I really started out as an experiment to see how quickly I could get subscribers on YouTube. All I did was make rape jokes and scream a lot but apparently that’s all it takes.” said PewDiePie, during an interview with P4Rgaming.com, “There is literally zero substance behind a typical PewDiePie video.”

So what has gaining a massive following on YouTube given PewDiePie?

For starters, PewDiePie can make anything from four to fourteen million dollars annually from YouTube alone. Not including merchandise with his name on it (which is sold in tremendous amounts). But it’s not just Pewdiepie raking in the big bucks from YouTube, there is no sure amount on how much YouTube pays its top subscribed users, as things like this are confidential, but it is estimated that altogether, YouTube pays its users more than a combined amount of 100 million dollars a year.

You’re probably thinking,“That’s a ton of money!”. And, it is;  But it’s not that easy to score that amount of subscribers, and not everyone who tries succeeds and ends with a pocket full of cash. Some of our favorite YouTubers are among the thousands who upload quality content regularly; And despite the work they put in, get nearly nothing in return.

This pattern is similar to that we see in musical artists and composers. Some may make it big and drive Mercedes-Benz S-Class cars in Hollywood,  but more often than not, despite their quality music, are just not lucky enough to make it big.

Youtube is projected to continue being in the top five most visited websites for a very long time, but with the web being so unstable, we can never know for sure.  Some websites, for instance, took an instant leap to death and lost almost all of their traffic. MySpace.com, for example, which was brutally beaten to death by Facebook. It was previously the most popular social network. No one had projected its downfall.

So what is YouTube? YouTube is a place to watch, and share the things you love, to inspire you to try new things, and open doors to places and opportunities you never would of had without it. YouTube doesn’t seem to be the type of website to be torn to shreds, as its managed by arguably the most reliable internet-based company: Google. So get out there and start filming; Who knows, it may make you millions.