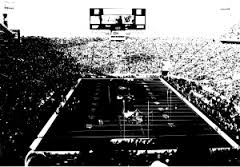 48 years ago today the Green Bay packers and the Kansas City Chiefs in the first ever Super Bowl. Before this there was no way to determine a true champion team because there were two different football leagues that had separate championships. The National Football League and the American Football League agreed to send their respective winners to compete against each other to determine the “world champion of football”.