Classic Is So Classic 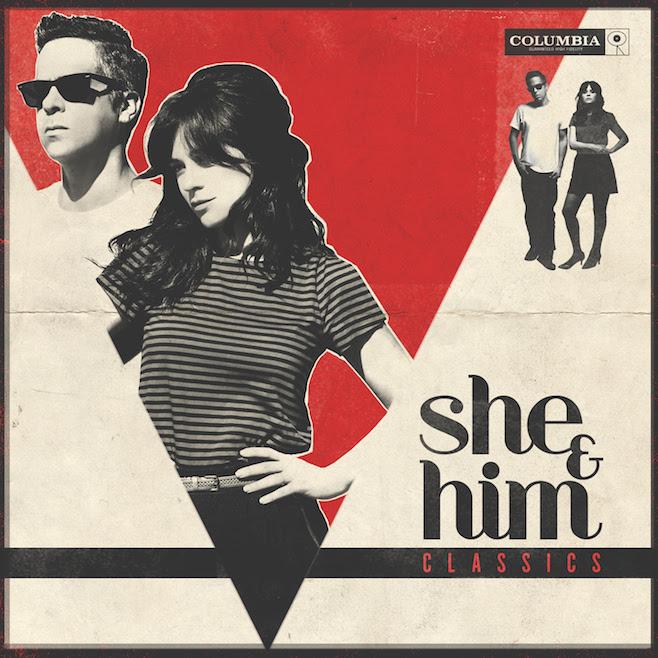 In my opinion, there is nothing more comforting than the sound of a vinyl spinning on a record player. You know that quiet crackling noise that comes from the record in the short time between songs? If you have no idea what I’m talking about, then I pity you, because it is the greatest thing in the history of everything. Due to my odd obsession with this sound, I purchase and listen to vinyls frequently. Although I already adore old music, I am able to listen to newer artists as well, because recently vinyls have had a comeback. When I discovered that one of my absolute favorite newer bands, She & Him, were releasing a new album, I was stoked!

The album, Classics, is the perfect record to listen to with my record player; it actually consists of covers of timeless classic songs from the 40’s, 50’s and 60’s. I think it’s safe to say that I, as well as many other fans of the band, have known this kind of album was coming, due to the vintage, wall of sound thing the band has had going on since they formed back in the early 2000’s. Not to mention that the lead singer has the perfect voice for the classic themed music with her silky smooth tone and amazing vibrato. The lead singer, Zooey Deschanel -yes, the actress- and the lead guitarist, M. Ward, make the perfect musical duo when they are put together. I had high hopes for this album, and I am happy to say that it exceeded my expectations.

The album consists of timeless songs by artists including Ella Fitzgerald, Louis Armstrong, Frank Sinatra, and even Carole King. Even though I already loved all of these artists, Classics gave me a chance to hear some songs by them that I had never even heard of. The further I got into the record, the more amazed I became at how well Zooey’s voice fit with the music. The actress, singer, and director has always had an older 60’s era look, so I really should have seen this coming. I also feel the need to point out how talented M. Ward. He is usually overlooked by She & Him fans, due to Zooey always unintentionally stealing the spotlight with her cuteness. Ward’s guitar playing is absolutely phenomenal; he has actually been compared to Jimi Hendrix by multiple critics. He actually does lead vocals on the song “She”, which he has never done before; I was pretty impressed by the natural raspiness of his voice.

Although I enjoyed every song on the album, there were a few songs that really stood out. The third track on the album, “It’s Not For Me To Say”, is my favorite song on Classics. I adore the orchestral elements of it; the violins and trombones give it a classical swing that makes me smile every time I listen to it. “Stay Awhile” is another track that I have listened to multiple times. I had loved the original song by Dusty Springfield when I was really young, so hearing it again was bittersweet. Another that stood out quite a bit is “Would You Like To Take A Walk”, which is originally done by Ella Fitzgerald and Louis Armstrong. I think I loved it so much because I enjoyed hearing M. Ward and Zooey harmonize together. When I listen to the song, I get this vivid mental image of a couple strolling down an empty street with only the light of the full moon to guide them. I like to imagine that the couple is my grandparents when they were in their early stage of love back in the 60’s; it really hits home with me.

No, Classics is not a musical masterpiece by any standards; in fact, it is truthfully quite simple. However, I still think that is worth a few listens. If you ever feel like getting a better idea of the music your grandparents used to listen to, I definitely recommend this record. So far I have listened to this album around four times, and each time I notice something different! I hear different guitar licks or maybe lyrics whispered so softly that you aren’t sure if they are even words at all. Either way, I think one of this album’s best assets is that it has so much going, but it presented in such a simple way. You could say that it’s -heh heh- classic. Yes, I am well aware that I am not funny at all, but there is nothing that you can do to stop me. Thanks for reading! Check out the album!