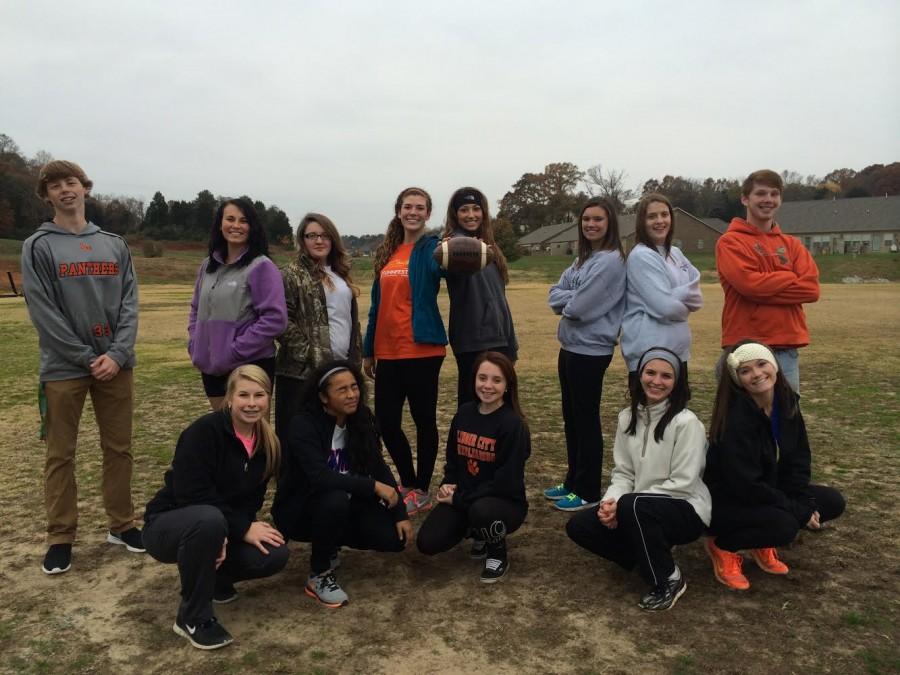 Thursday, November 13, the first powderpuff games was played. The juniors took on the sophomores while the seniors played the freshmen. The winner of the whole bracket goes on to play the Loudon senior powderpuff team. At the end of the first half, the seniors were only winning 8-0. By the end of the game, the seniors were winning 26-0. The senior football coaches were decked out in their coaching gear. Eric Lawson was wearing a playstation headset to look like a headset that normal coaching staff wear. Coach Wilhite, one of the four referees, had to tell the senior football coaches to get back on the sideline several times.

After the senior-freshman game, the juniors played against the sophomores. Before the game, most of the junior team ran a warm-up lap around the football game. They then read and repeated the University of Tennessee game maxims that Coach Butch Jones has his team read before their games. The juniors won the coin toss and chose to receive first. Junior quarterback, Karri Jones, had a beautiful hand-off to Christine Garcia and gained a substantial amount of yardage, however, this run was not enough to take them into the end zone. An interception was thrown soon after, and the sophomores carried it the opposite way down the field.

Coaches Andrew Gettelfinger and Will Hodge were desperately calling plays to keep the sophomores out of the end zone. A fourth down was called, and the sophomores decided to punt, putting the ball back in the hands of the juniors. Karri Jones scored a touchdown, and the juniors led the sophomores 6-0. The score remained the same up to the end of the first half.