Taylor Swift Off of Spotify 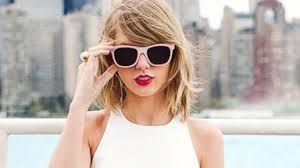 The music world has come a long way with how to get music. Some people still buy CDs, others buy it off of the internet, but some just listen to music on Spotify.

Many artists ranging from Ray Charles to Miley Cyrus are on Spotify. Some others may not be on Spotify, but that is just because they choose not to take part in the program. However, not many artists put their music on spotify, and then decide to take it off. Recently Taylor Swift has taken all of her music off of Spotify.The 1989 artist was quiet for awhile about why she had her music taken off.

On Thursday, November 18th, Swift had an interview with Yahoo music about why she had taken her music down. “ ‘It is a bit of a grand experiment’ Swift said”, said Vanity Fair. She also went on explaining about how letting her new album, 1989, out on Spotify might hurt her sales with the new album. Although, Spotify does let people listen for free; they also charge people for premium, so that people can listen to whatever song they want, whenever they want. According to Spotify’s website, they do pay the artists for allowing people to listen to their music for free. They do not pay a lot but they do get paid some money. 0

Swift tried the so called “project” and said that it felt uncomfortable to her because she thinks that she is telling her fans that if they create some form of art that it’s okay for other people to come and just take it for free. She also does not like the fact that Spotify is saying it is acceptable for people to do that.  That is the biggest reason she took her music down.

When Taylor Swift is searched on spotify it will bring her up, but all of the music on her playlist are songs that come from movie soundtracks. Also, Spotify normally, if a song of hers is skipped, it will play a related artist.

If a person is planning on listening  to Taylor Swift’s new album they might as well go buy it. It won’t be available to listen to for free. Spotify users can still listen to a few of her songs that are featured. They also might find another artist besides Taylor Swift that they can listen to.