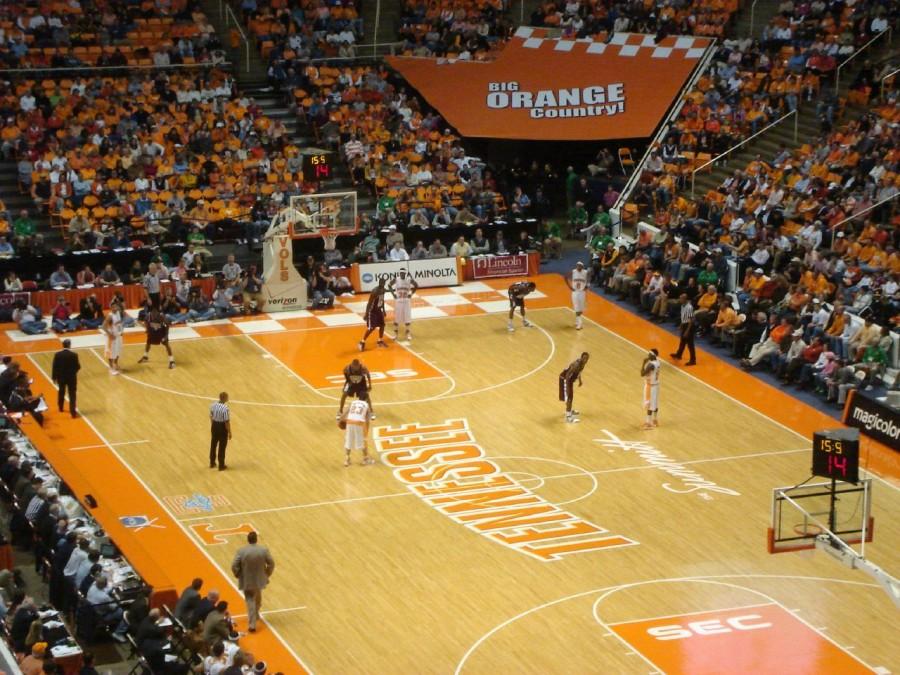 With a new head coach and some of the best players graduating or leaving early for the NBA, the Vols are picked to finish thirteenth out of fourteen in the SEC. Along with Bruce Pearl returning to the SEC with the Auburn Tigers and Donnie Tyndall beginning his career with Tennessee this season, there aren’t many things to be excited about. To make matters worse, Tennessee plays VCU (15), Kansas State, Butler, North Carolina State, and Mercer in the first eight games of the season which are all good teams.

Tennessee is a team that went all the way to the Sweet Sixteen last year, and still retains major pieces, but with the losses of Jarnell Stokes, Jordan McRae, and Cuonzo Martin, the AP and coaches poll has lost hope in Tennessee. The last time no one was expecting Tennessee to put a good team on the court, they finished second in the SEC behind Kentucky, the team that went 39-1 and won the national championship.

Josh Richardson will be the face of the Vols this year as he exploded during the NCAA tournament last year. The SEC stretch of this year will not be an easy task either since we play a really good Arkansas team, a good Missouri team, a so far closely contested series with Texas A&M, and the return of Bruce Pearl to Tennessee when the Auburn Tigers come to town. Towards the end the season, Tennessee plays Georgia, Vanderbilt twice, LSU twice, Kentucky (1), and then to Gainesville’s Florida Gators (7).

The path to the NCAA tournament won’t be easy this year, but if they win enough games it will be easy to make the tournament.