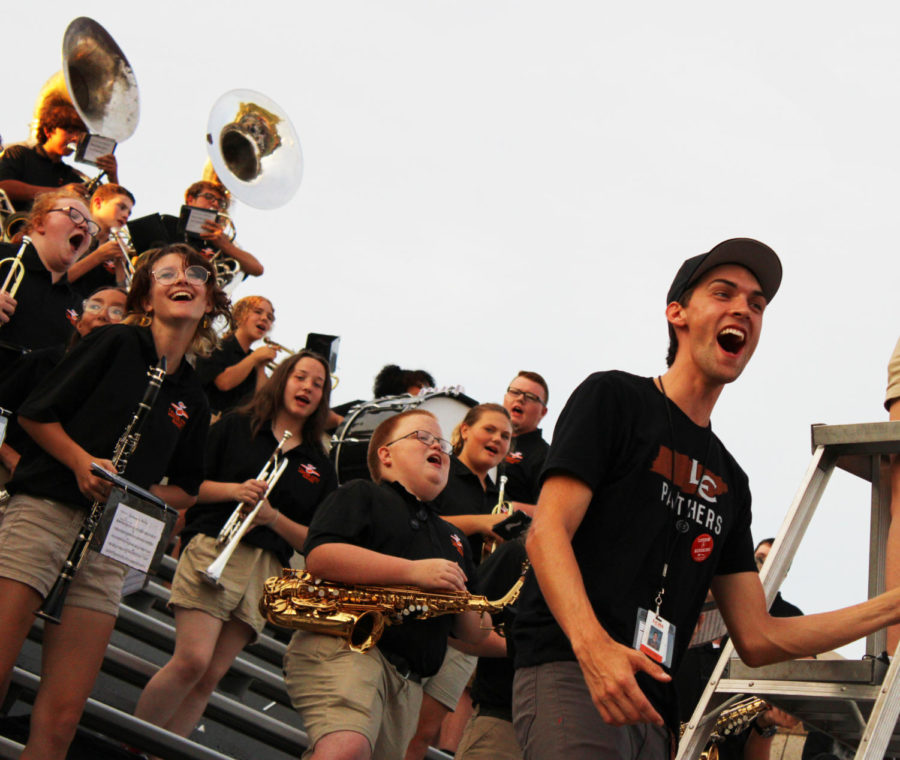 The student section was roaring– covered in orange and excited faces, and each student held hope within our hearts. The Battle of the Bridge is a game that compares to no other during the football season. The community of Lenoir City emerges and attends in support of the LC Panthers, where no matter the outcome, the stands express their support in just about any way possible. Students are recruited to paint up, orange powder is thrown at kickoff, loud music is boomed, and the chant of students is heard throughout the game. Amongst the fiery student section was Mackenna Lawson (10).

“The student section is the best part about Battle of the Bridge. You get to hang out with friends, and you’re surrounded by a fun environment,” Lawson said.

With the Panthers making the first touchdown, Lenoir City and Loudon fought neck and neck the whole game. Both teams fought hard and did their best to the very end. Landon Maggard (11), a member of the Panther football team, expressed how he felt about the game as a whole.

“It was an intense battle, and throughout the game we had some ups and downs… I am not happy about the outcome, but we lost as a family and that’s what means the most,” Maggard said.

Although the Panthers did fall short in the final quarter, Maggard put it best when he said Lenoir City lost as a family. That’s who we are: a community, a team, a family. No matter the outcome or numbers depicted on the scoreboard, Lenoir City stays strong.

“I learned that a team isn’t just 11 guys. It’s all of us acting together. As a team, we learned that we all love eachother deeply, and we have eachothers backs,” Maggard said.

Battle of the Bridge was a learning experience for the Panther football team. It was an opportunity for them to continue to grow and become even stronger. They gave everything they could out on the field, and that’s all a community could ask for. Lenoir City will not lose their fiery spirit, as the season is just getting started.